At Which Point: Bubble, Mid, or Dew?

At Which Point: Bubble, Mid, or Dew?

Refrigeration engineers and service contractors need to understand the difference between bubble point (when a substance starts boiling) and dew point (when a substance finishes boiling) because high-glide refrigerants do not boil at a constant temperature. If refrigeration professionals do not know these terms or use them incorrectly, equipment will be inefficient and possibly be damaged. Let’s glide into this discussion about high-glide refrigerants.

Let’s consider a high-glide refrigerant that is composed equally of three different refrigerants, and each boil at different temperatures; for example, 18°F, 23°F, and 28°F.

Refrigeration engineers and service contractors need to be familiar with the terms bubble point, mid point, and dew point.

To remember these terms, think about how a liquid bubbles as it boils or how dew forms in the morning when water vapor condenses. 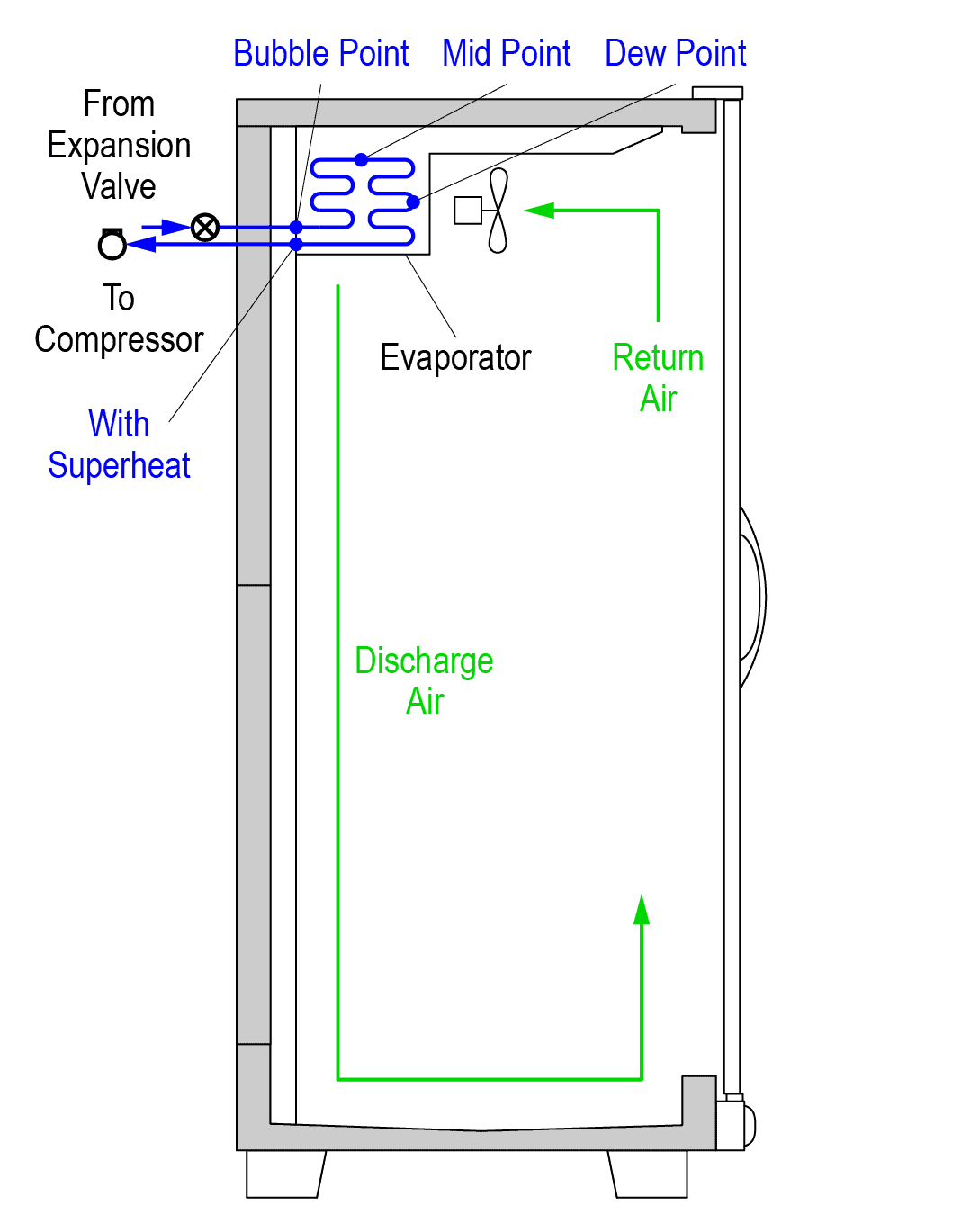 There are two things worth mentioning to further our discussion. First, the terms bubble, mid, and dew point must be applied differently when talking about condensers on the high side of the refrigeration cycle. The condenser starts at the dew point as vapor refrigerant begins to condense into a liquid, and it finishes at the bubble point as the vapor refrigerant completely condenses into a liquid.

These are just the basics about temperature glide, but hopefully you can already understand the importance of knowing the terms bubble point, mid point, and dew point.

For a deeper study, check out our full white paper: High-Glide Refrigerants: What’s the Point?

Have questions? Contact us and ask for our Director of Regulatory Compliance & Refrigeration Technology.

About the Author: Grant Francis